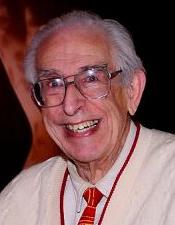 Robert W. Doty, PhD, was a leading brain researcher who was instrumental in creating the Society for Neuroscience.

Doty's chapter for The History of the APS: The First Century, 1887-1987, published by the American Physiological Society, describes how the field of neuroscience became a distinct discipline from physiology, and about the effect that the creation of SfN in 1969 had on APS.