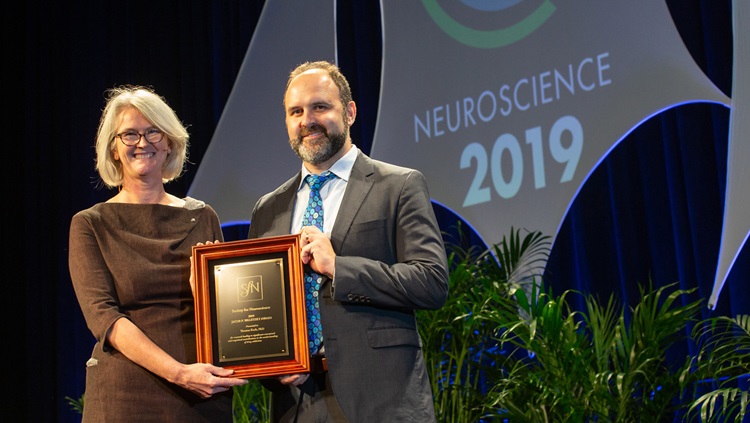 The Jacob P. Waletzky Award is given to a young scientist (within 15 years of his/her Ph.D. or MD degree) whose independent research has led to significant conceptual and empirical contributions to the understanding of drug addiction. Both basic and clinical researchers are eligible for the award. Future plans to continue to make significant contributions to addiction research and treatment is one of the selection criteria. This award is endowed by the Waletzky Award Prize Fund and the Waletzky Family.

Recipients receive a $30,000 prize and complimentary registration, transportation (economy air or ground), and two nights hotel accommodations for the SfN annual meeting. The SfN president presents the prize at a lecture at the meeting.